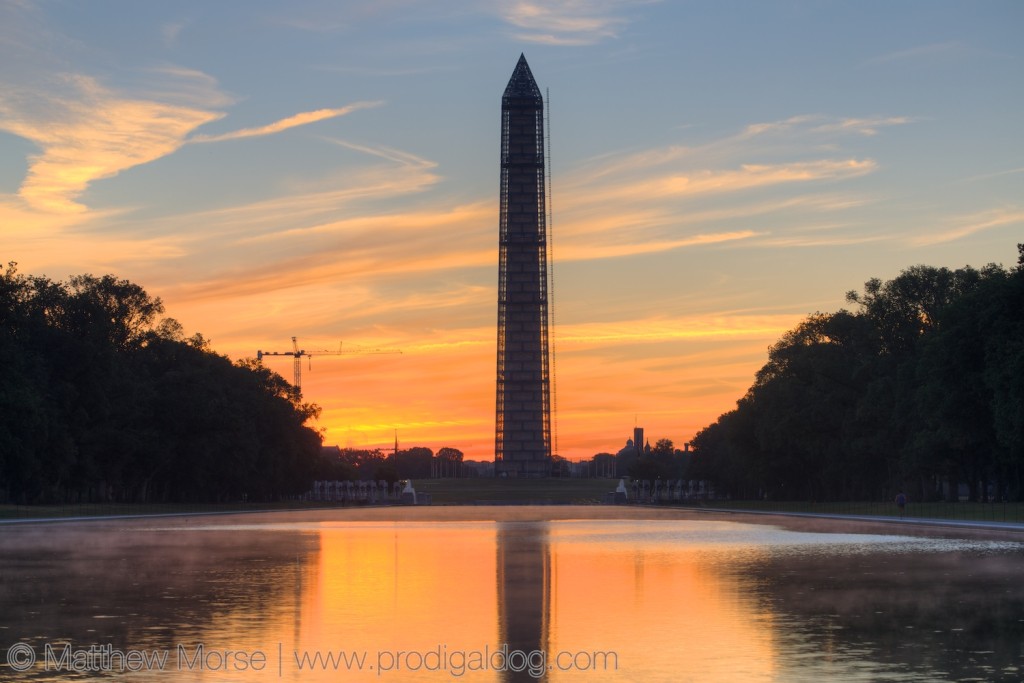 Reflecting back on the past week’s festivities with the 4th of July, today’s post will focus on something much closer to home for those in the U.S.: a National Mall sunrise. To be more precise, this sunrise on the National Mall happened a couple of years ago, back when the Washington Monument was covered in scaffolding (which I’ll discuss later). 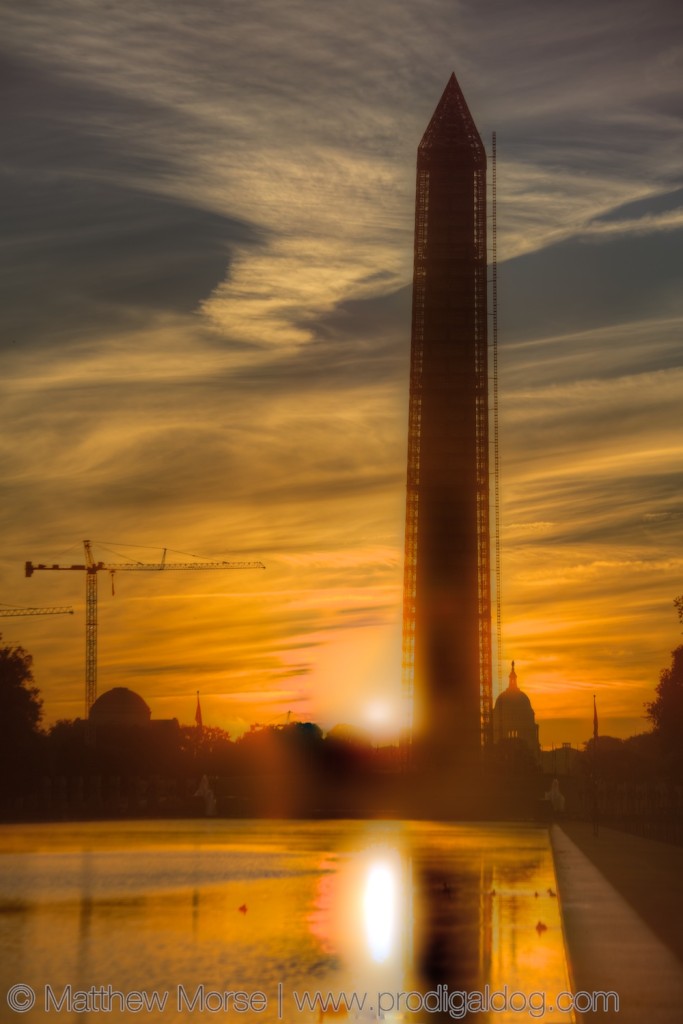 On this particular day, I setup shop on the western end of the Mall, near the Lincoln Memorial, on the edge of the reflecting pool. This allowed me to get the sunrise framed by the Capital as well as the Washington Monument. As a stroke of dumb luck, it also happened to be a beautiful sky. 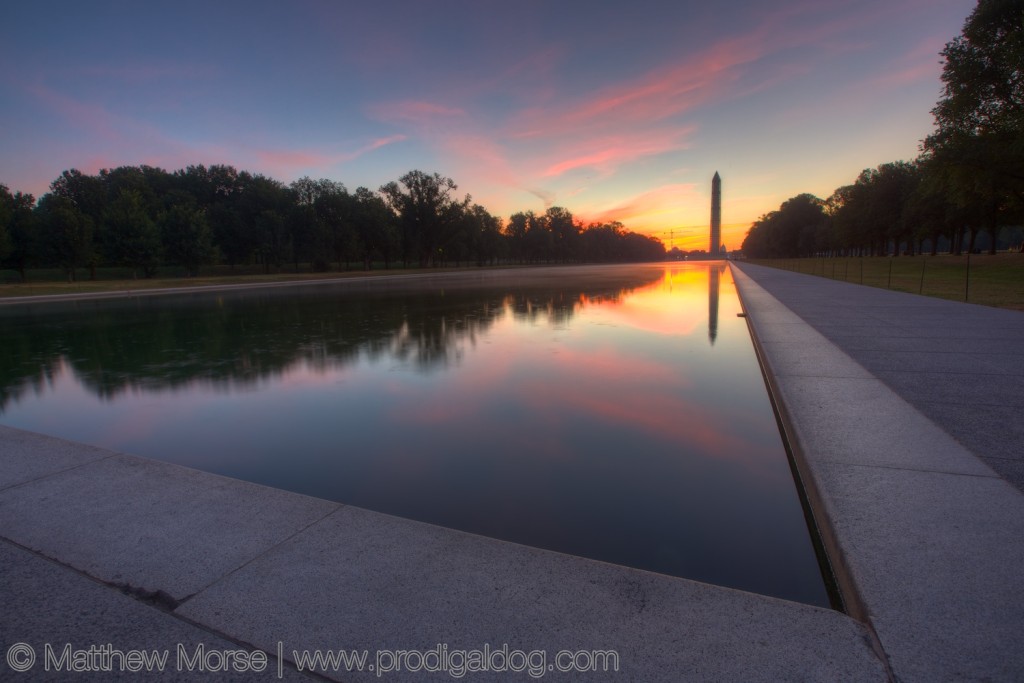 For those interested in planning a National Mall sunrise themselves, here are some answers to common questions I had when researching this trip: 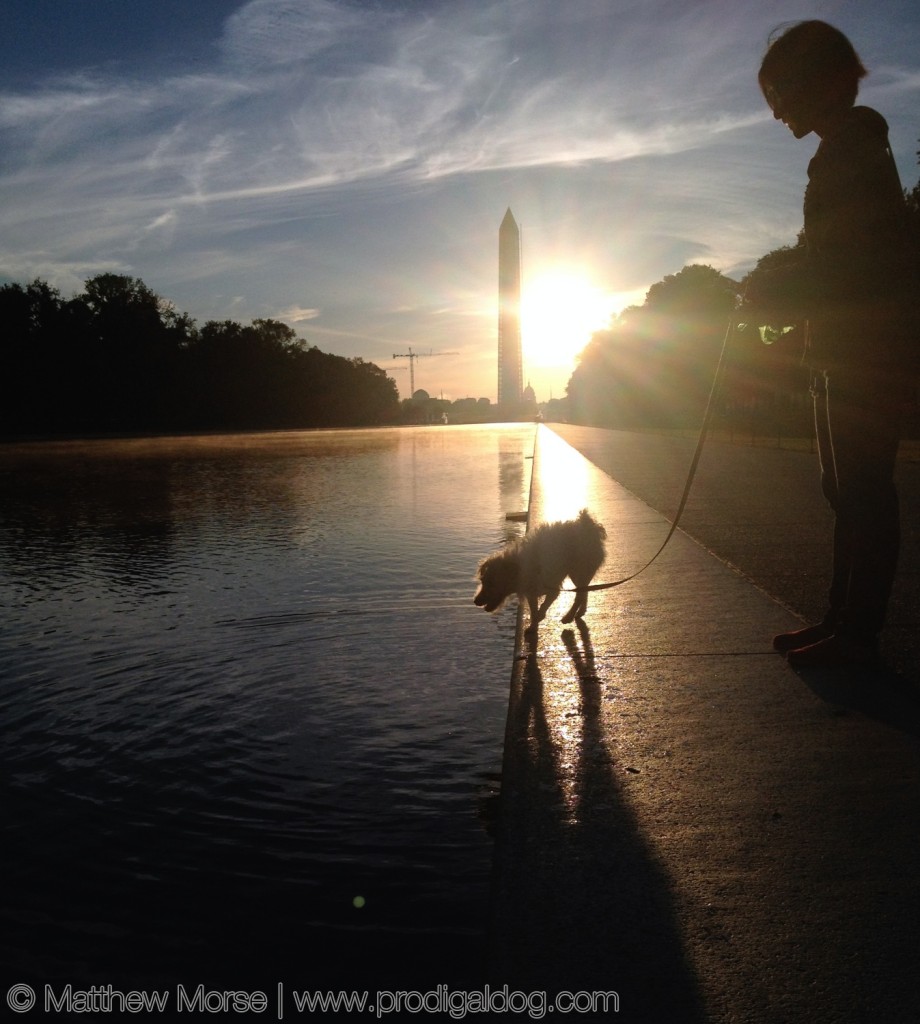 And, last but not least: 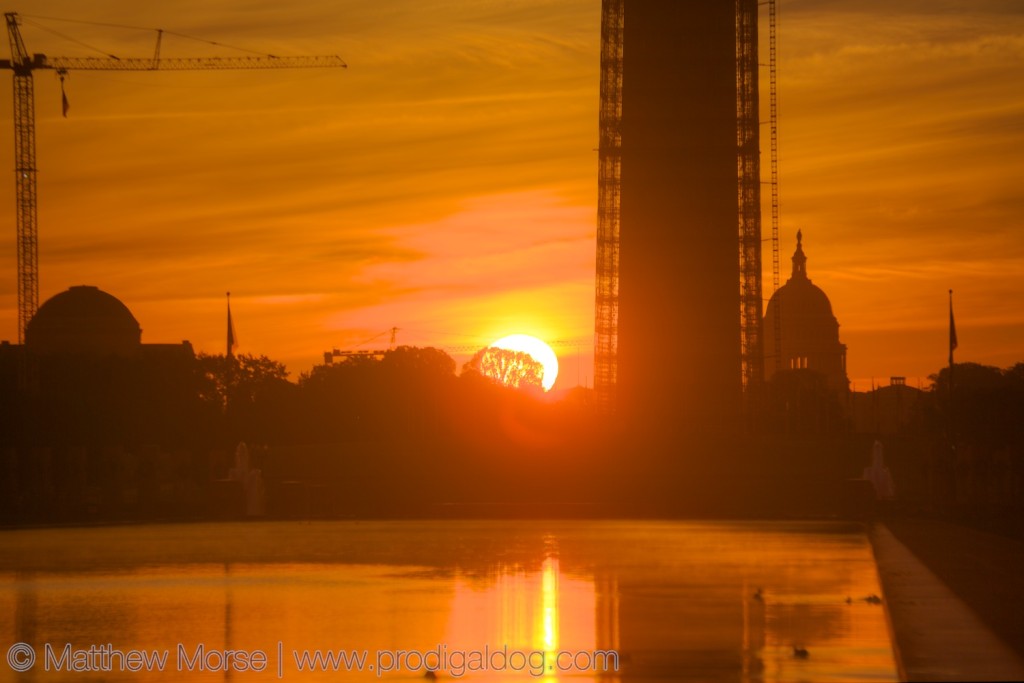 As you’ll see here, scaffolding covered the Washington Monument — this was part of a repair process in the aftermath of an earthquake that hit DC a few years ago. Personally, I liked the look of the scaffolding, thanks to the brick-like design they adopted for it. If you do too, then there is also another set of scaffolding currently covering the Capital dome, and it’ll be there awhile longer. 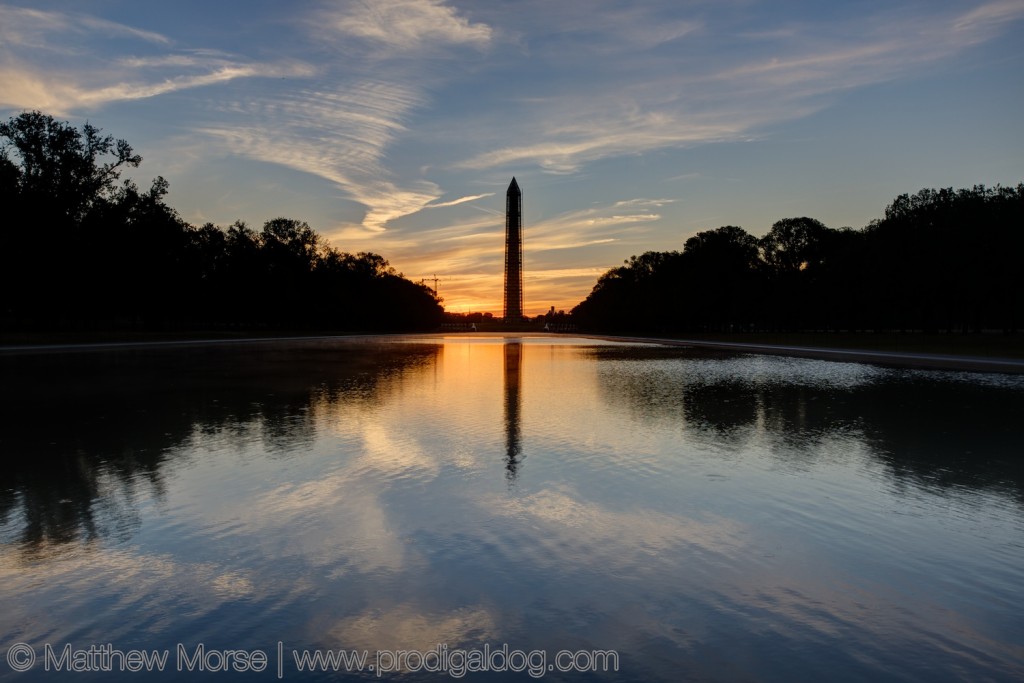 If you’re planning to make a day your National Mall sunrise, I suggest you also look into going up to the top of the Washington Monument. If you’re on the Mall for sunrise, you should have enough time to pick up a coffee or quick breakfast (depending on the season and when the sun rises), then come back to pickup tickets, which are given away for free. I’ll write about that experience in a separate post. 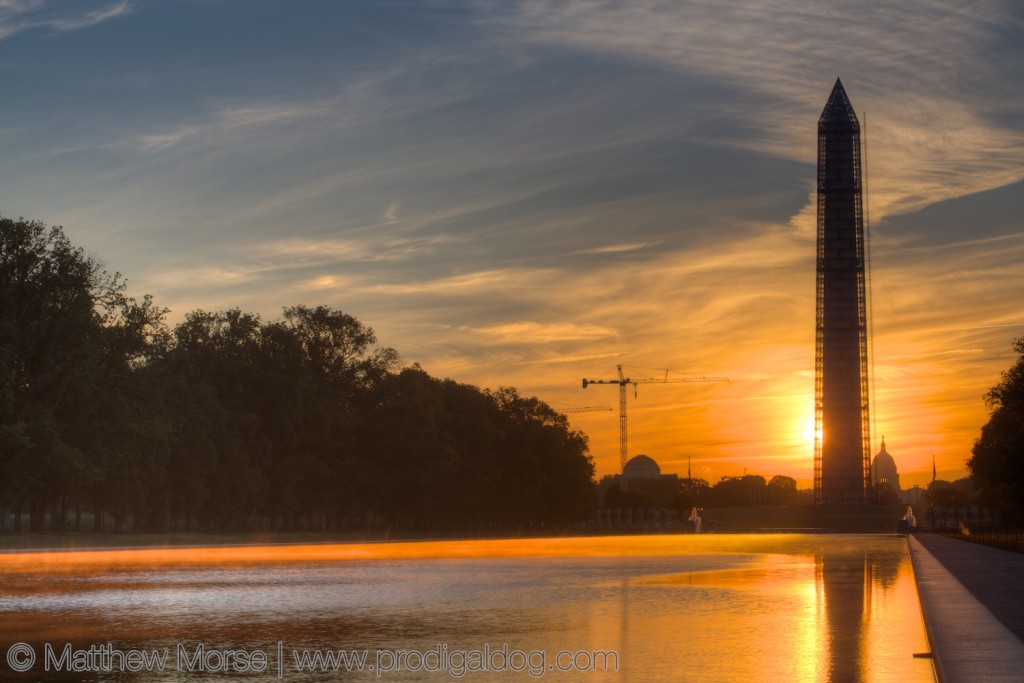 There are, of course, many other sights to be seen at sunrise on the National Mall and the surrounding area, including the Vietnam, Korean, MLK, and World War II memorials, which are all within walking distance. 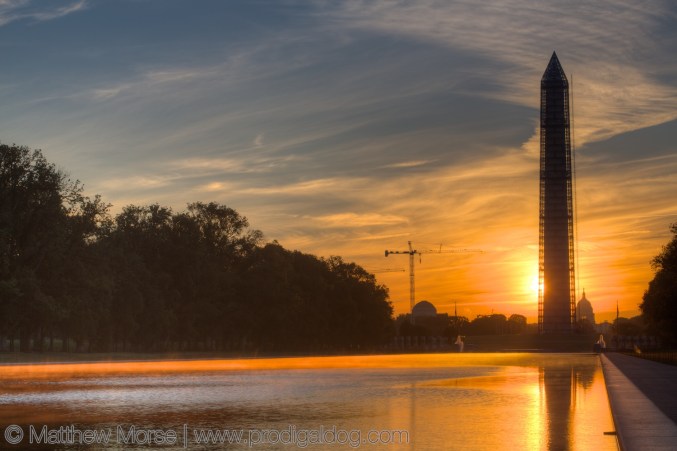 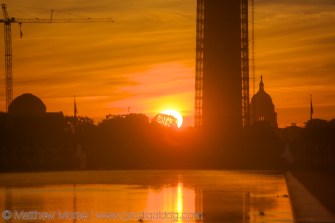 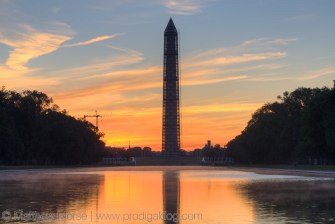 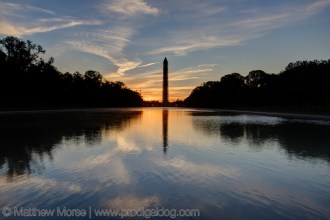 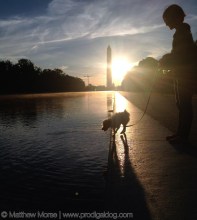 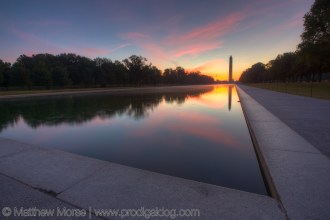