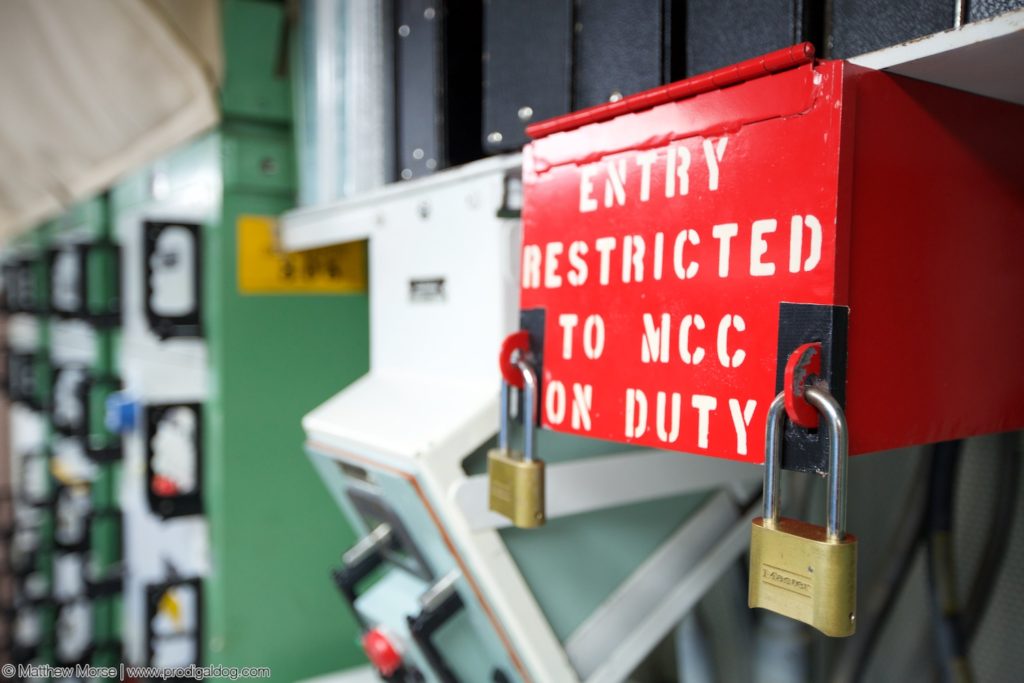 Not long ago, a high-ranking friend of mine in the military gave me an experience few will ever see. After filling out reams of paperwork and going through an extensive background investigation, I was given permission to tour to a top secret nuclear missile launch site in eastern South Dakota. 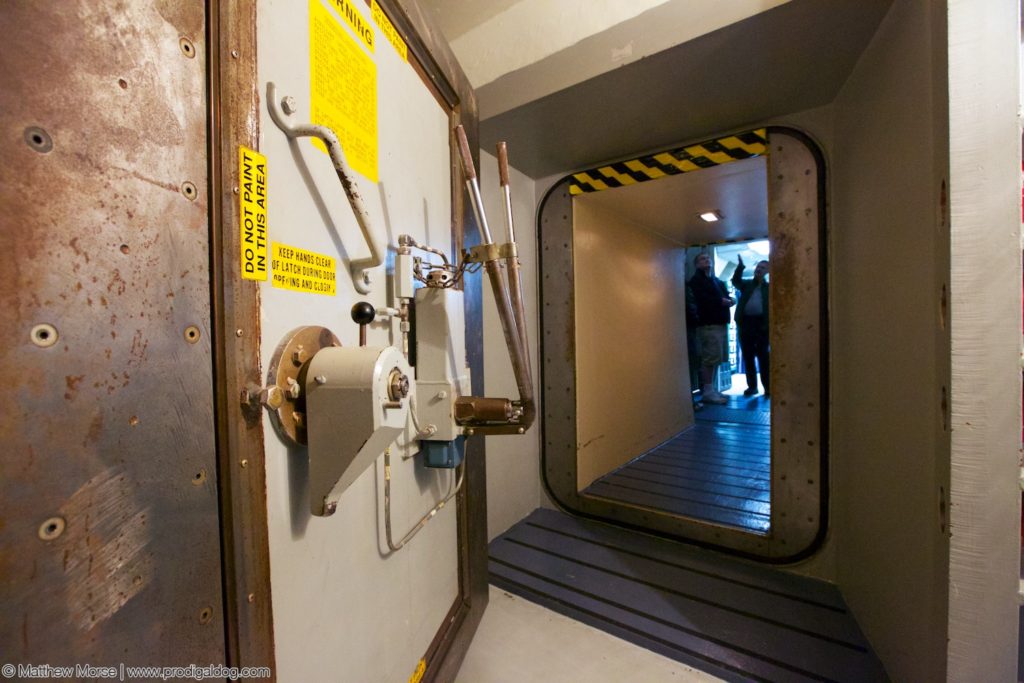 Ok. Ok. Not really. The true “paperwork” involved was waiting in line at a desk to get a ticket to a tour of Minute Missile National Historic Site and museum, a national landmark — and extremely unique experience — now operated by the National Park Service. 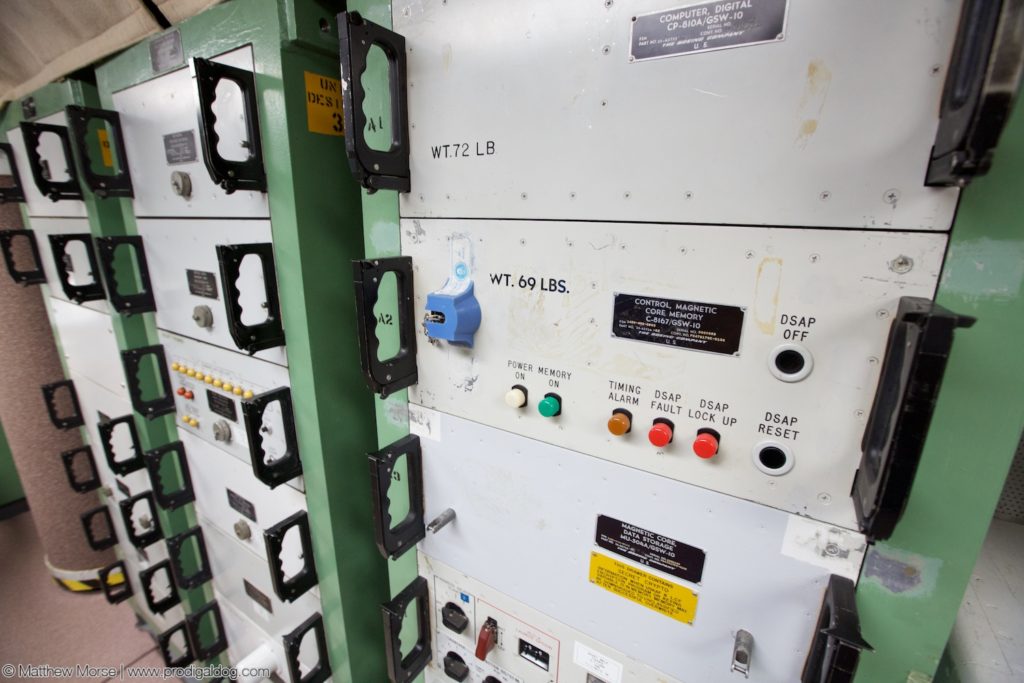 A dream-come-true for any Cold War history buff (or — really — anyone fascinated by large expensive things that go “boom”), Minuteman Missile National Historic Site allows you to tour the above and below ground facilities of a real nuclear missile site. This facility was continuously manned (or “on alert”) for nearly 30 years throughout the Cold War. 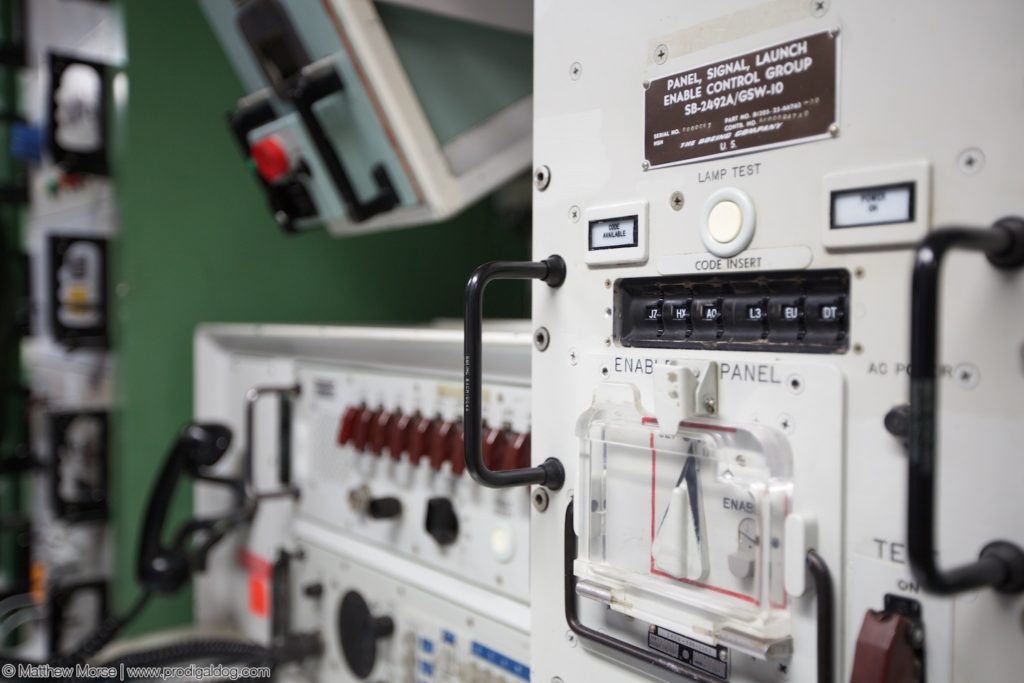 The real deal. This panel is where missile officers would enter launch codes and enable the 10 Minuteman II Missiles

The launch-control center at Minuteman Missile Historic Site was responsible for 10 Minuteman II missiles, each of which was located several miles away in the surrounding countryside. The center consisted of an above-ground building that included a kitchen, dormitory, and living area, along with the underground control bunker. 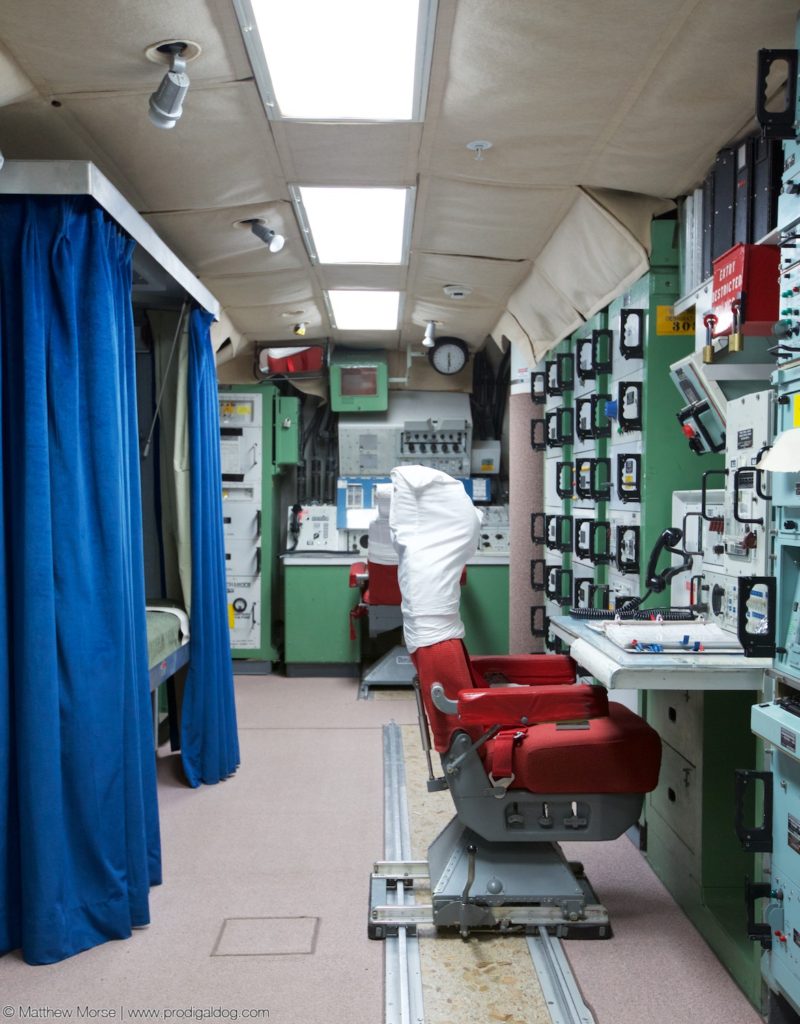 Photo taken at one end of the control room — the entire space was about the size of an RV. And, true to lore, two missile keys must be simultaneously turned from opposite ends of the room — too far for one person to do alone.

The bunker itself is about the size of an RV, and included a toilet, bunk, and two chairs. Each crew consisted of two officers and a “two man” rule was always in effect — no one was to be left alone inside the control room. To enter the control room, you’d take an elevator down several stories underground, then enter through a large blast door that looks like it’s out of a Hollywood movie. Each bunker was suspended on massive springs and shock absorbers; if an enemy nuke hit nearby, the Air Force wanted those computers (and people) safe and sound enough to complete a launch.

The Minuteman Missile Historic Site is above an hour from Ellsworth Air Force Base, and — as you can imagine, — South Dakota winters get cold and hazardous. As a result, many of these missile crews found themselves pulling double shifts when winter conditions closed roads and kept their relief crew from getting to them. It really makes you appreciate the service and hard work these men and women put in. 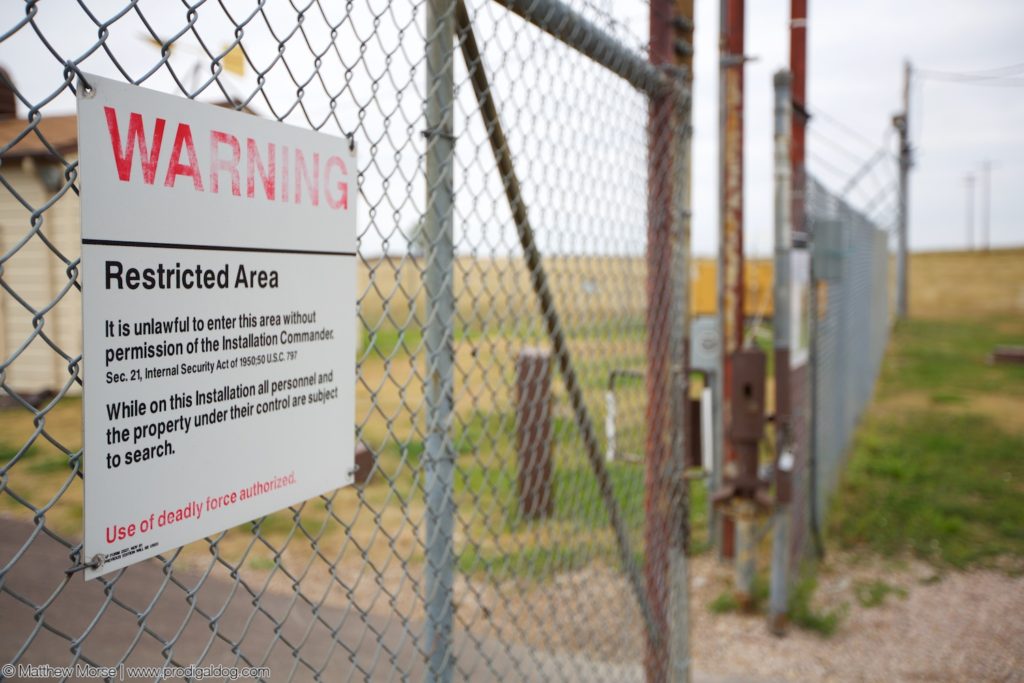 If you’re interested in the history of the U.S. nuclear program, I can’t recommend the book Command and Control highly enough! It’s an excellent book from the same author as Fast Food Nation.

As far as I know, this site is only one of two places in the U.S. where you can tour a decommissioned nuclear control facility and, as a matter of fact, I recently toured the other one: Titan Missile Museum located in Tucson. Sign up for updates from The Prodigal Dog to be the first to know when that post goes live! 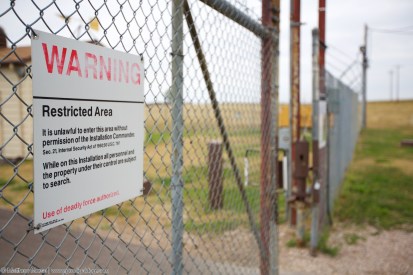 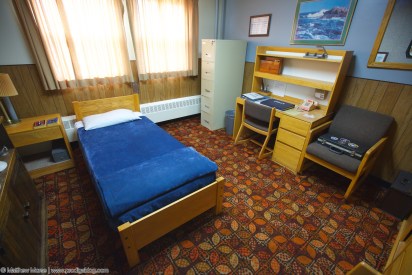 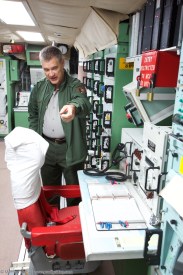 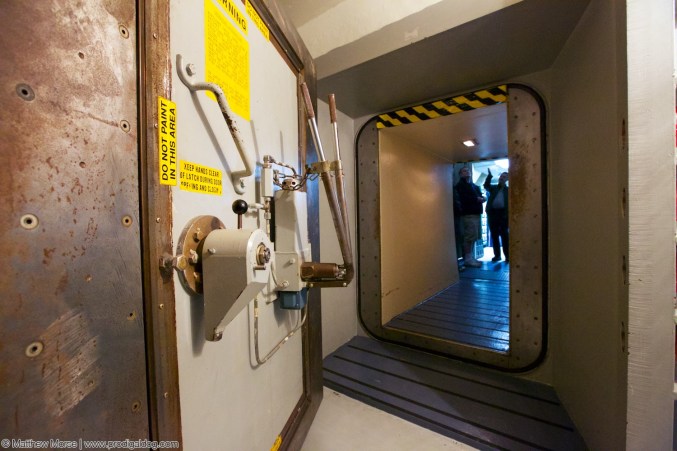 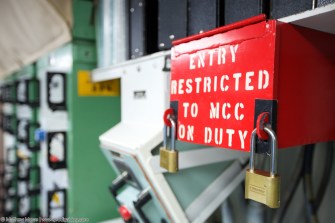 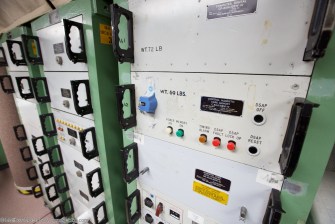 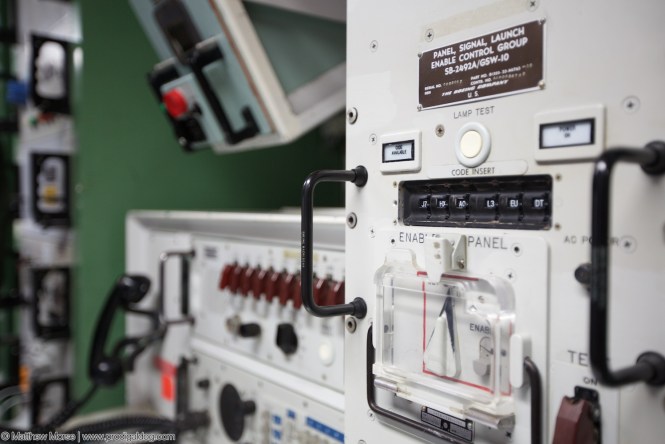 The was the real deal. This panel is where missile officers would enter launch codes and enable the 10 Minuteman II Missiles 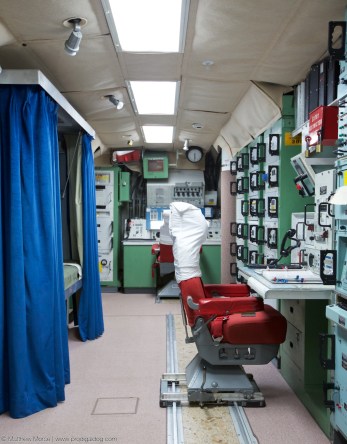