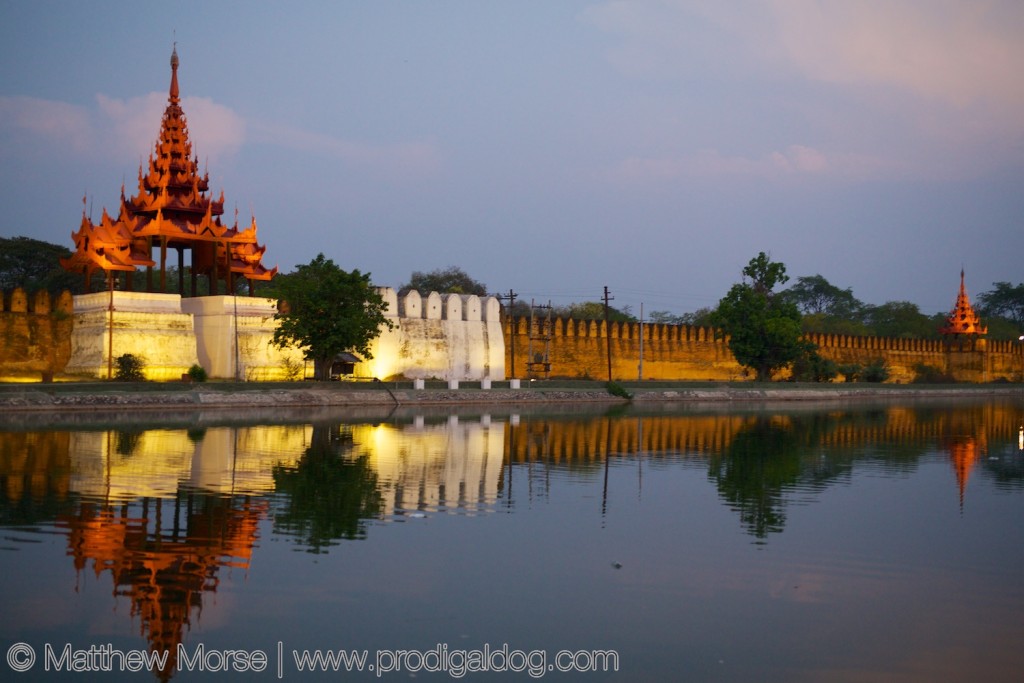 In the heart of Myanmar’s second largest city lies a large palace of biblical proportions — Mandalay Palace. It’s hard to fully realize the size of Mandalay Palace without seeing it for yourself — it takes the form of a square roughly 5 miles in perimeter. A large, medieval-style moat encircles the historic site, which is roughly 2 centuries old. 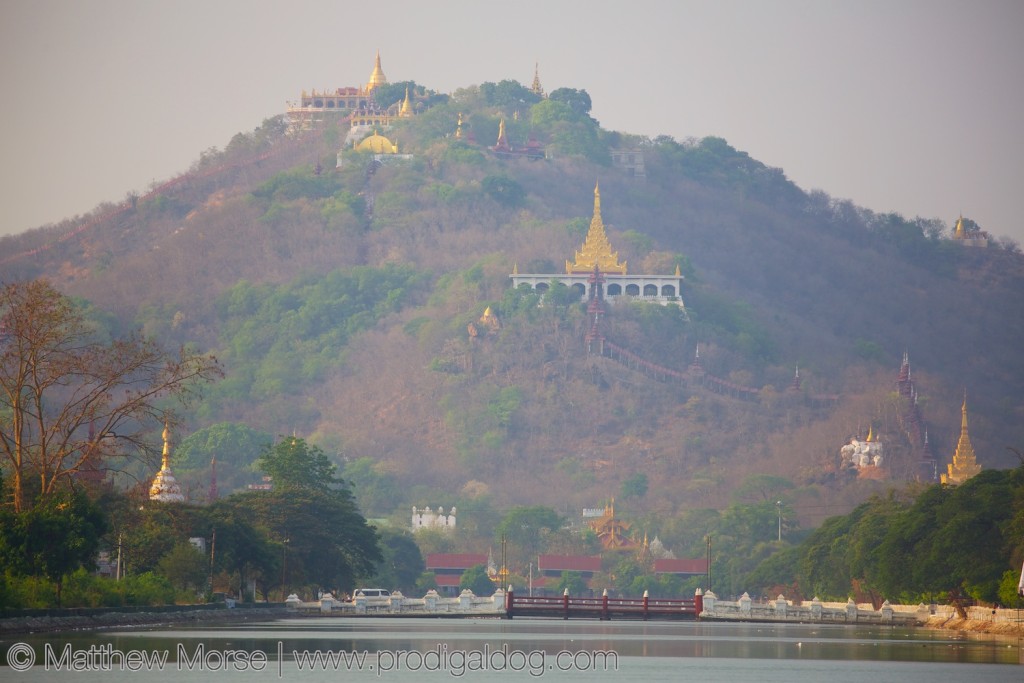 At sunset, the wall’s towers are lit up — a beautiful site, especially on a calm night, when the moat’s water is still and reveals a stunning reflection of the structure against a multicolored sunset. 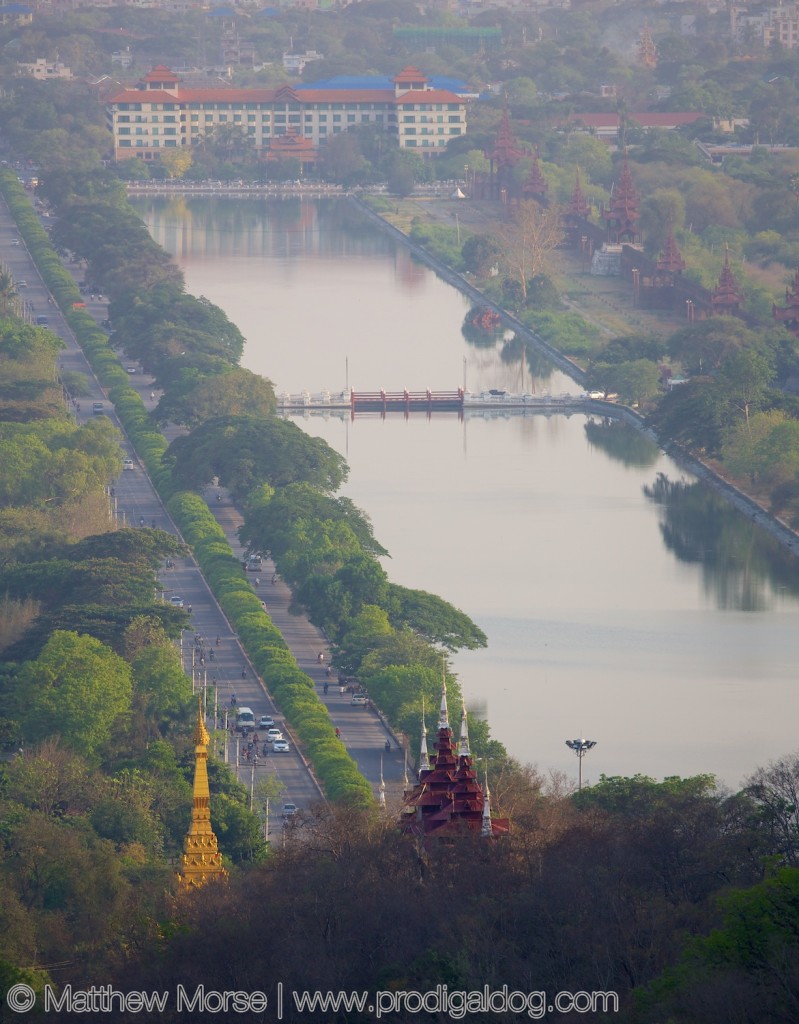 If the structure wasn’t impressive enough, it feels even larger when trying to circumnavigate it on a particularly hot day. The day I set out around the palace, the mercury read 112 degrees F (that’s 44 C), hitting a 115 heat index.

Despite that, it’s a great place to sit in the shade, drink [lots] of water, and intermingle with locals. Believe it or not, I was one of perhaps only three or four foreigners I saw on my long walk — like much of Myanmar, Mandalay remains relatively unexplored by outsiders. 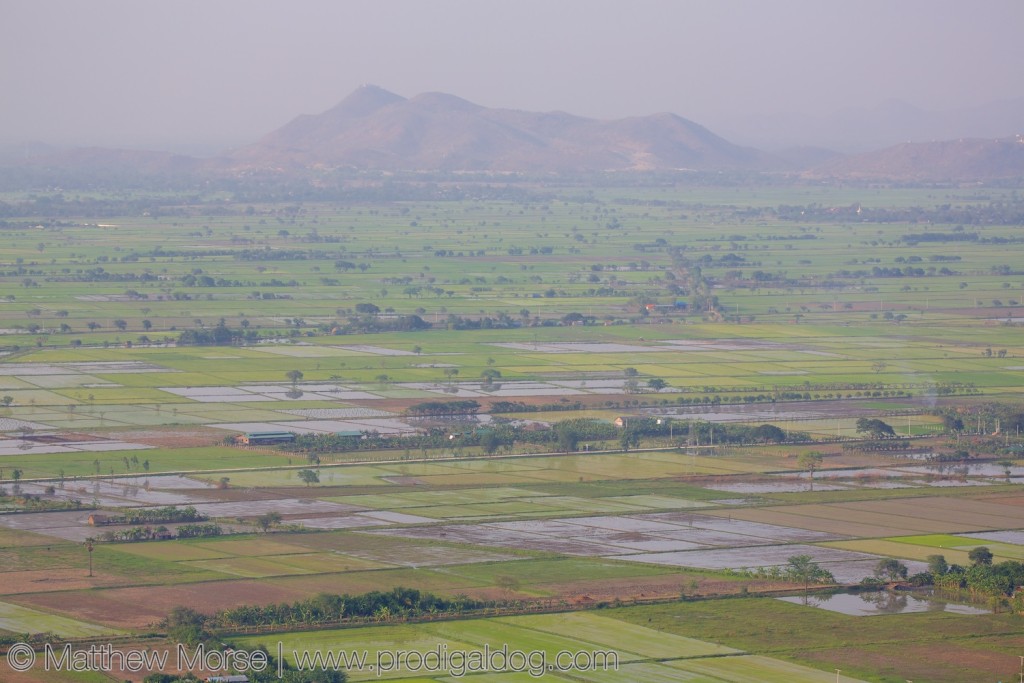 A photo from Mandalay Hill looking into the Burmese countryside

Some of the best views of Mandalay Palace can be seen from nearby Mandalay Hill, an elevated area of the city containing several temples, historic sites, and view points. From there, you can see for miles, be it straight down Mandalay’s wide avenues or deep into the Burmese countryside.

It wasn’t until two days later that I had a chance to explore Mandalay Palace itself, inside the massive structure at the center of the city. Check back soon for a full post on Mandalay Palace’s structures. 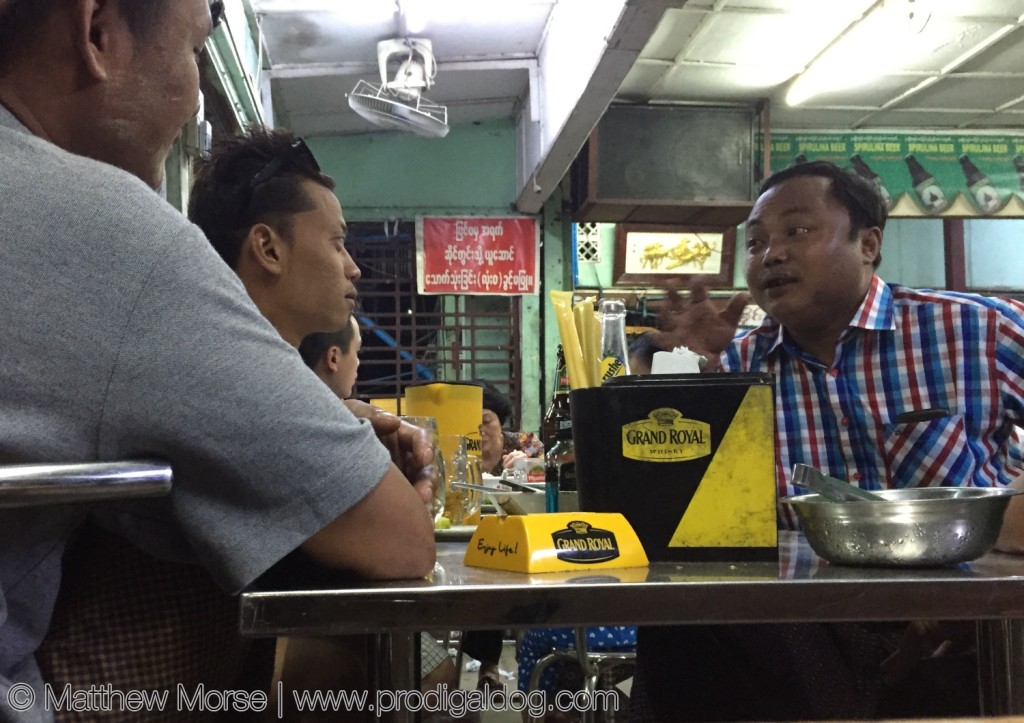 After my long walk, I quickly found a local outdoor restaurant that served ice cold beer and some delicious fried rice. My dinner tab of two beers and a large plate of chicken fried rice came to a total of about $1.80. 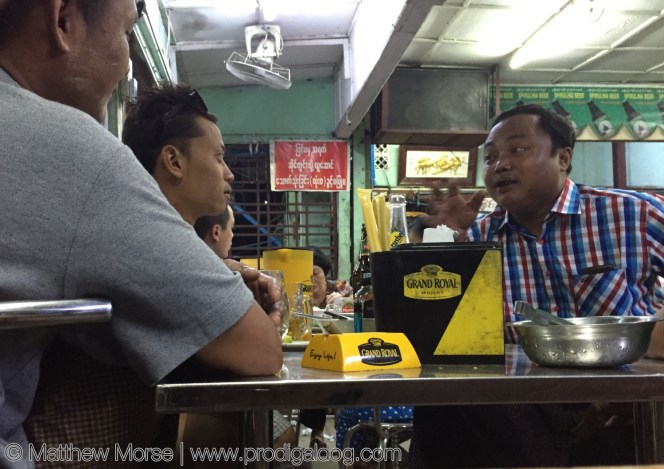 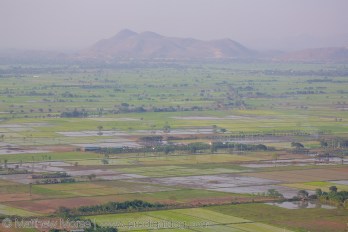 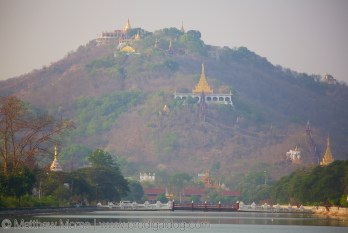 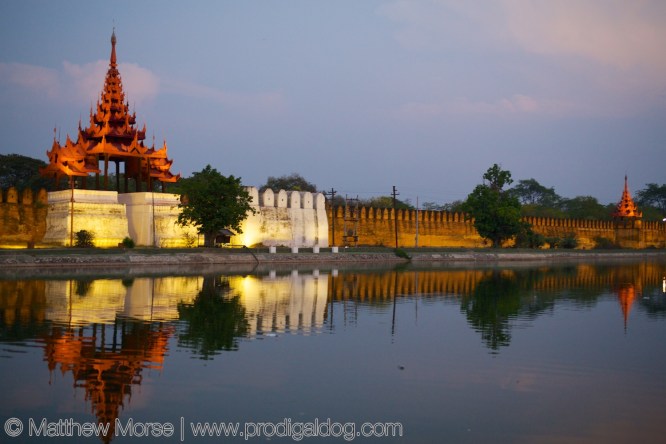 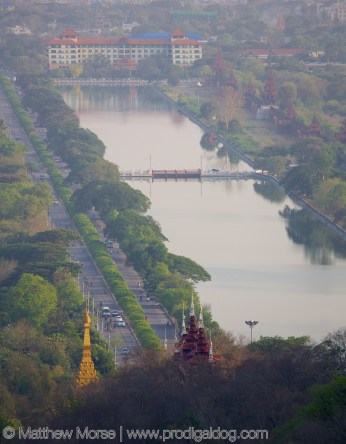