Inle Lake is unlike any place you have ever seen, in person or through photographs. Traditional leg rowing fishermen, floating gardens, hotels on stilts, and water taxis are the norm here, and although the lake draws plenty of tourists, you won’t find crowds or big tourist attractions. 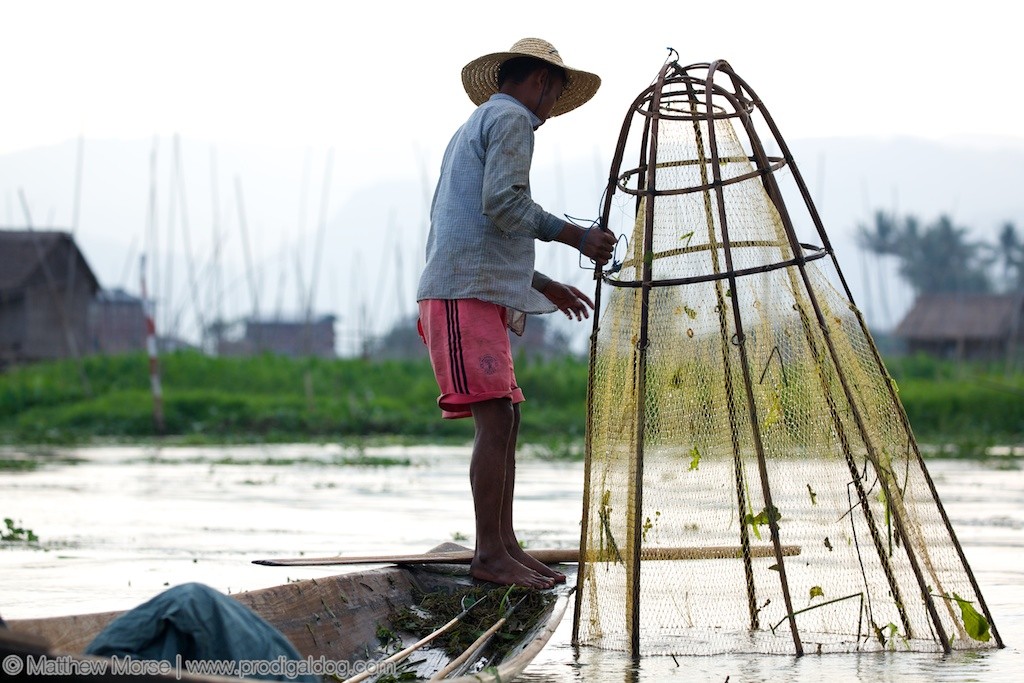 Far from the busy, modern cities of Yangon & Mandalay, and in a radically different microclimate, it is easy to feel like you’ve stepped into a distant world. Most people come here to see the lake and experience its unique people and culture.

I never thought I would be “dusted” by a couple of monks on a motorboat! 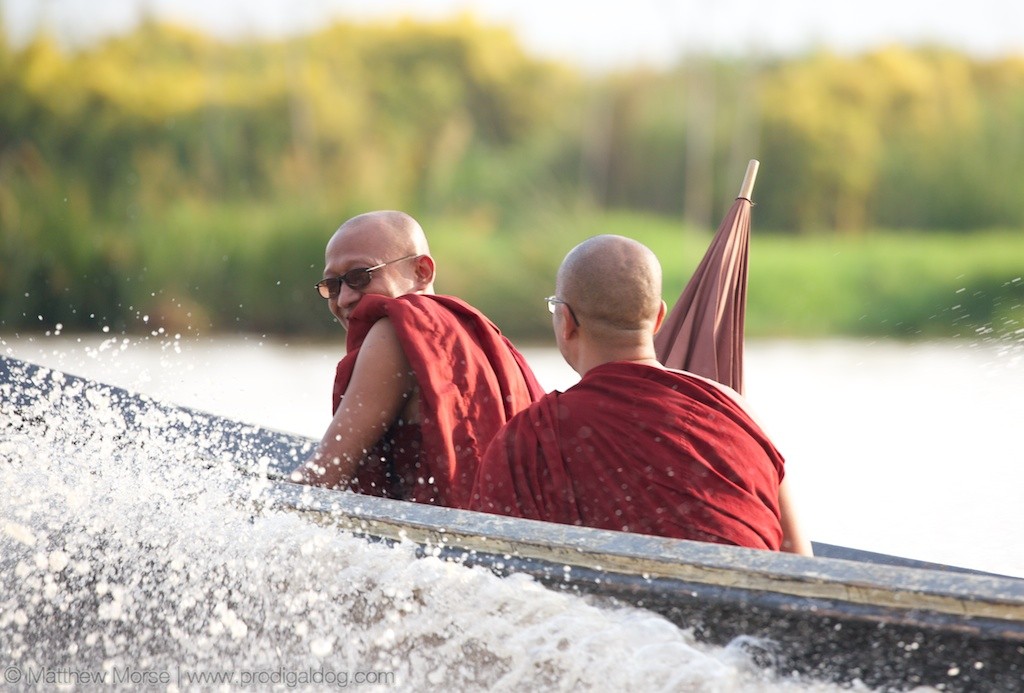 A couple of monks leave us in their dust. This was simultaneously awesome and extremely humbling, like getting passed by a 90 year old in a Cadillac on the highway because you’re driving too slowly.

There are many ways to explore Inle, but the best is to stay on the lake itself. Once you get there, likely from Yangon or Mandalay, you find yourself in a water taxi to your destination. This was, by far, the most fascinating taxi I have ever been on. Monks, leg rowing fishermen, weavers, gardeners, and foreigners alike crisscross the lake on elegantly-shaped long tail boats. I never thought I would be “dusted” by a couple of monks on a motorboat! 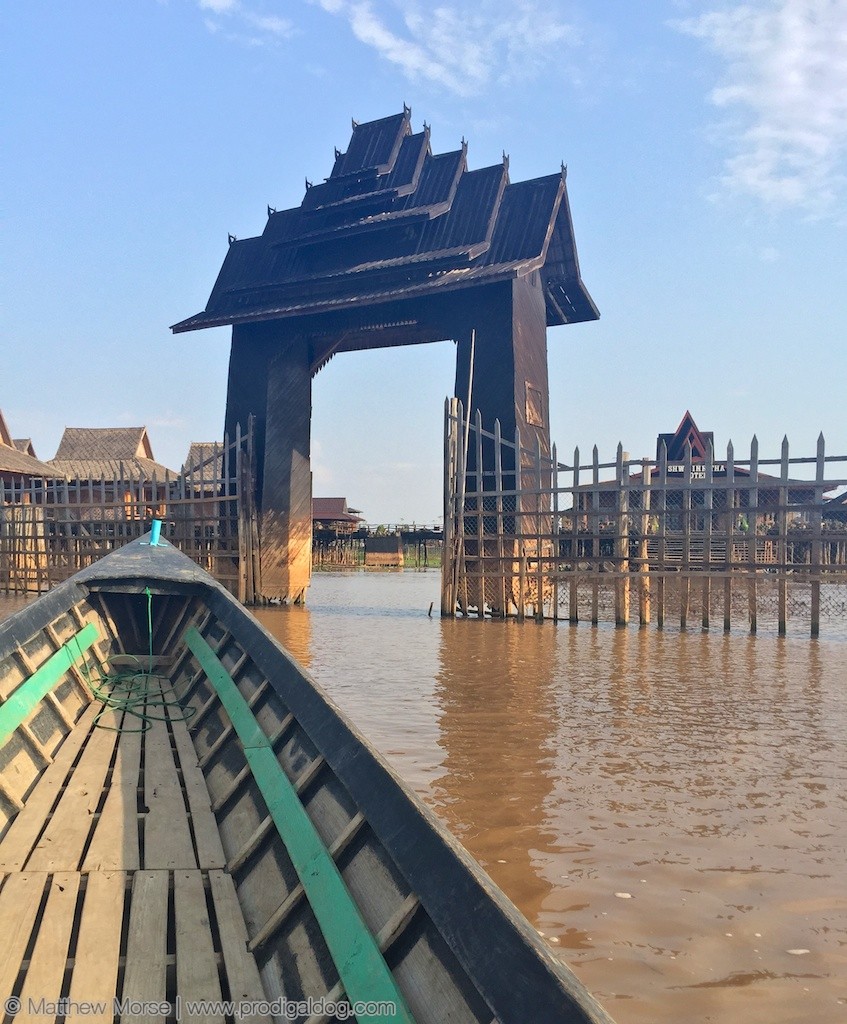 Most accommodations on Inle Lake take the form of “floating hotels”.

Many of the accommodations on the lake are “floating hotels”, like ours pictured here. The only way in or out is via water taxi. As someone who loves water, but isn’t much of a beach-goer, this had the best of both worlds. The only downside is the locals hit the water with motorboats as early as 4am, which is about as tranquil as a runaway freight train, but you can’t have it all, right? 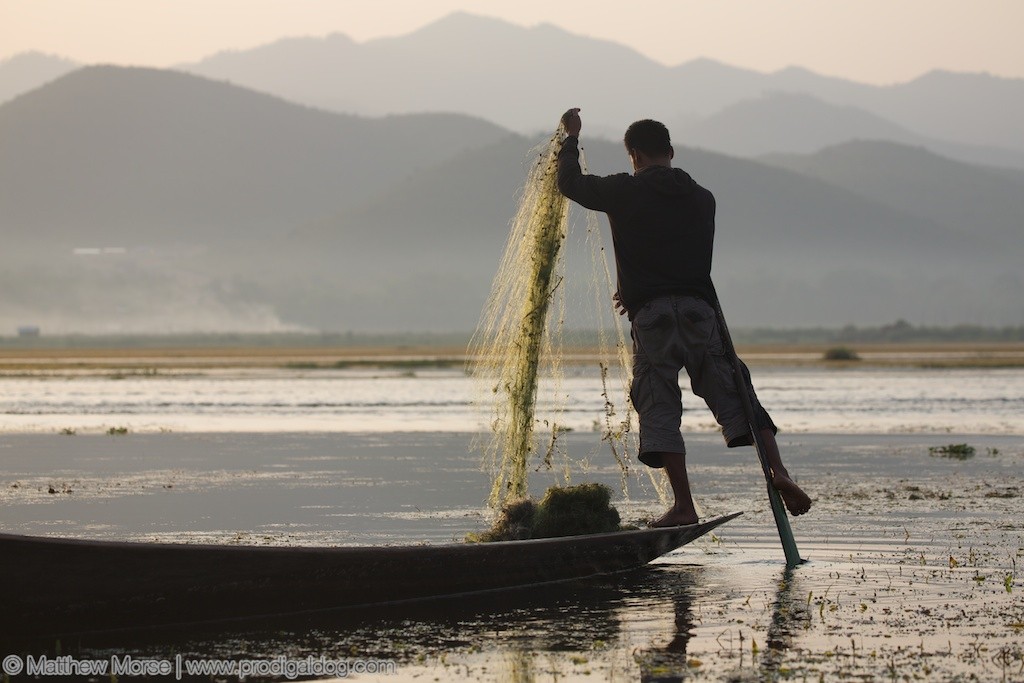 Inle Lake’s iconic leg rowing fisherman learn to balance on one leg, row with the other, and operate fishing equipment with both hands all at the same time.

Our best experience while there was actually the least structured: hiring a water taxi to leave before sunrise so we could photograph nature and the iconic leg rowing fisherman as the day started. Most of my favorite photos were taken on this trip, including the featured image at the top of this post, were taken during this early outing. 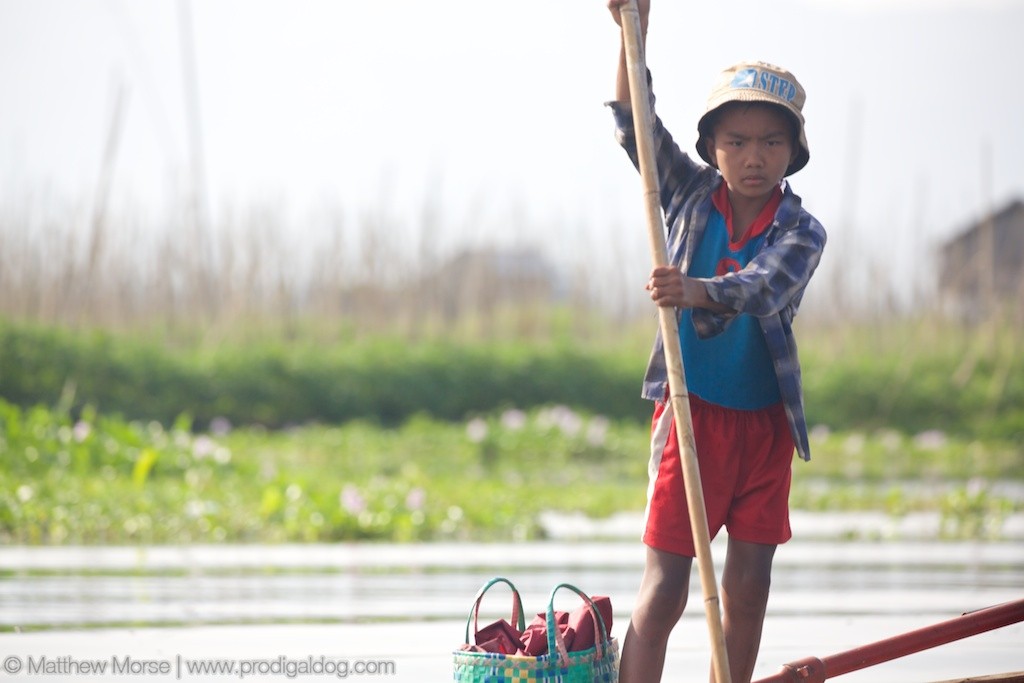 While there, we also took a tour of one of several local villages built on the lake. For us, this included the floating gardens, a trip to the monastery, and a tour of a lotus silk weaver — people in this region are well known for their textiles. There are several other cultural attractions depending on your interests.

After a couple of days, it was time to move on to the next stop, which in this case involved an elephant sanctuary. If you want to read more about Inle Lake, there is a separate post on how to get there. 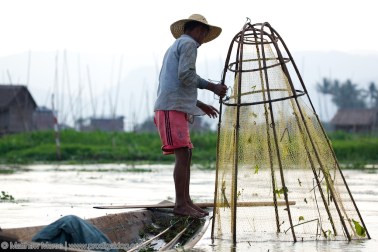 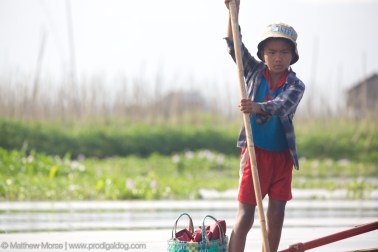 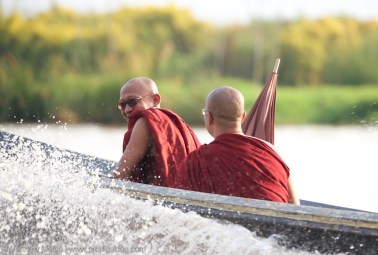 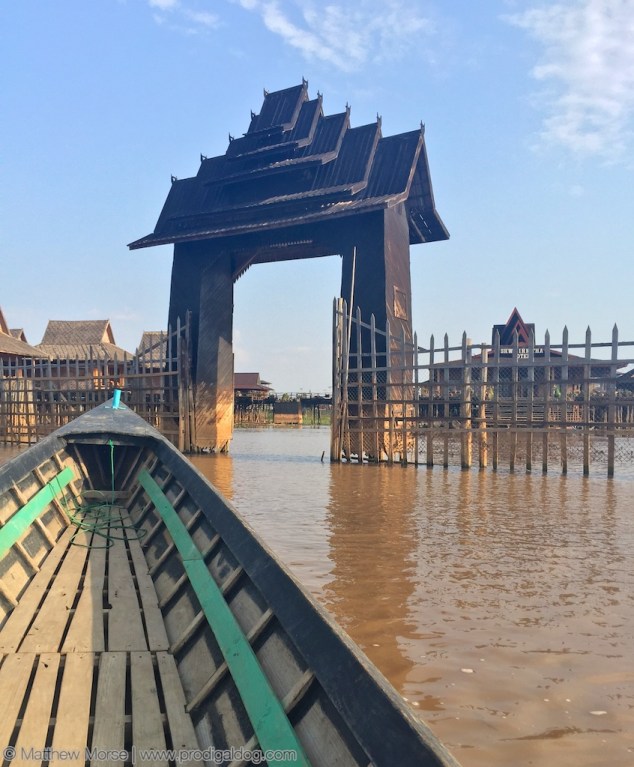 Most accommodations on Inle Lake take the form of “floating hotels”. 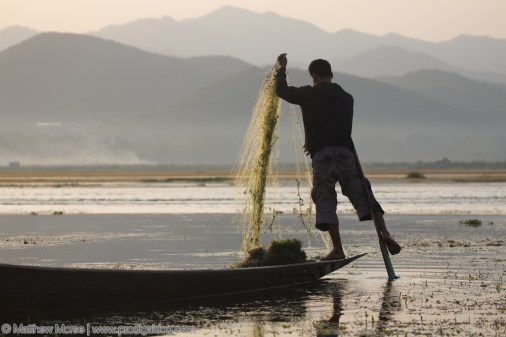 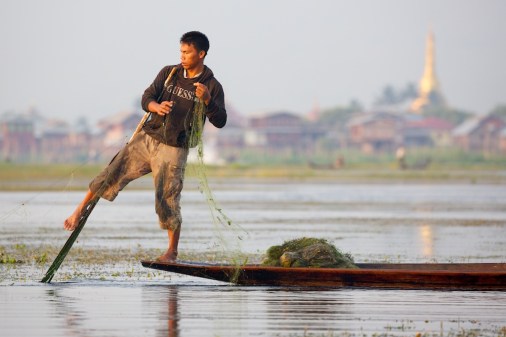